The town was founded by colonists from Rhodes and Crete. The came from nearby Gela. Certainly it reached its maximum splendor in the 5th c. BC. The magnificent Doric temples were built on the southern hill. In 406 the town was conquered by the Carthaginians. Though with the last Punic War it passed into Roman hands. These finally took over and changed its name to Agrigentum.

Near here are the bizarre cliffs called Scala dei Turchi. Chalk striated by the wind, dazzling in the summer sun. Likewise compared by the locals to the cliffs of Dover.

The Imperial Villa del Casale, 3rd Century, is near Piazza Armerina. Probably the finest and most extensive display of mosaics of the Roman era anywhere in the world. North African art influenced style. Both in composition and the choice of colorful polychrome materials. The mosaics include also a long hunting scene. Certainly the famous sporting “bikini girls”. And many classical and geometrical examples.

After pick up at your hotel or port in Agrigento, drive to PIAZZA ARMERINA to visit the ROMAN VILLA. It is certainly among the most luxurious of its kind. Moreover it gives an interesting insight into Roman life at the time. It is especially noteworthy for the richness and the excellent quality of the mosaics which decorate almost every room.

Guided walking tour through the famous Valley of Temples. It is located near the town of AGRIGENTO. Here you’ll see the Temple of Juno, with its excellent views of the entire valley. And finally the Temple of Concordia, beautifully preserved. The oldest ruin is traditionally named the Temple of Hercules. You can explore and learn about a few ancient Greek temples that exist in the valley that have since fallen to ruin. 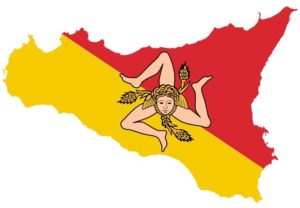 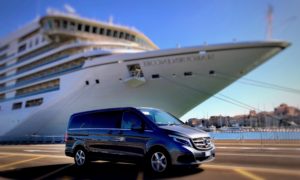